Since her appearance in the Egyptian legendary TV series Hadith Alsabah wa Almasaa (Dialogues of Morning and Night) in 2001-2002, she drew the audience’s attention to her astonishing talent. Egyptian actress Hanan Motawie lives a special period in her career after her starring in Bent Al-Qabail (Daughter of Tribes) series a few months ago, which won wide praise.

Hanan is the daughter of two acting giants, Karam Motawie and Soheir Al-Morshedy. Growing up in an artistic family, Hanan aims to create her own legacy through distinguished works that so far have gained the respect of many critics.

Daily News Egypt sat down with Hanan to find out about her latest works and future plans.

When will you start shooting your new series Ward (Roses)?

The shooting of the new series will likely begin by the end of December and will continue until the holy month of Ramadan.

Have you finished filming the Cairo – Kabul series?

I have finished shooting my scenes, but there are still more scenes of other colleagues. The complex character that I play in this series made me enthusiastic about the role. This is what I was looking for. I believe I can do this type of characters that shows my acting capabilities to the audience and critics. The character has many human aspects that are reflected in different situations. The experience is very promising.

Would you repeat the character of a southerner after its great success in Bent Al-Qabail?

I am deeply grateful to the audience and critics for their praise of my role. I am ready to repeat the experience in future works.

Do you think streaming platforms will replace TV?

I think television will disappear one day, and all TV shows will be presented on streaming platforms, such as Shahid, Netflix, and others. I am preparing myself psychologically for that stage.

Does being selective in your works affect your career?

I actually select my works very carefully, but sometimes I participate in more than one work, however the audience would not feel overwhelmed because I present different characters.

Did you expect the success of Amal Hayati series?

The audience’s reactions were greater than I could imagine, especially from normal people and social networking sites, which made me happy. I do not believe in expectations, and I do not put any pre-calculations. I just do my best in every work. 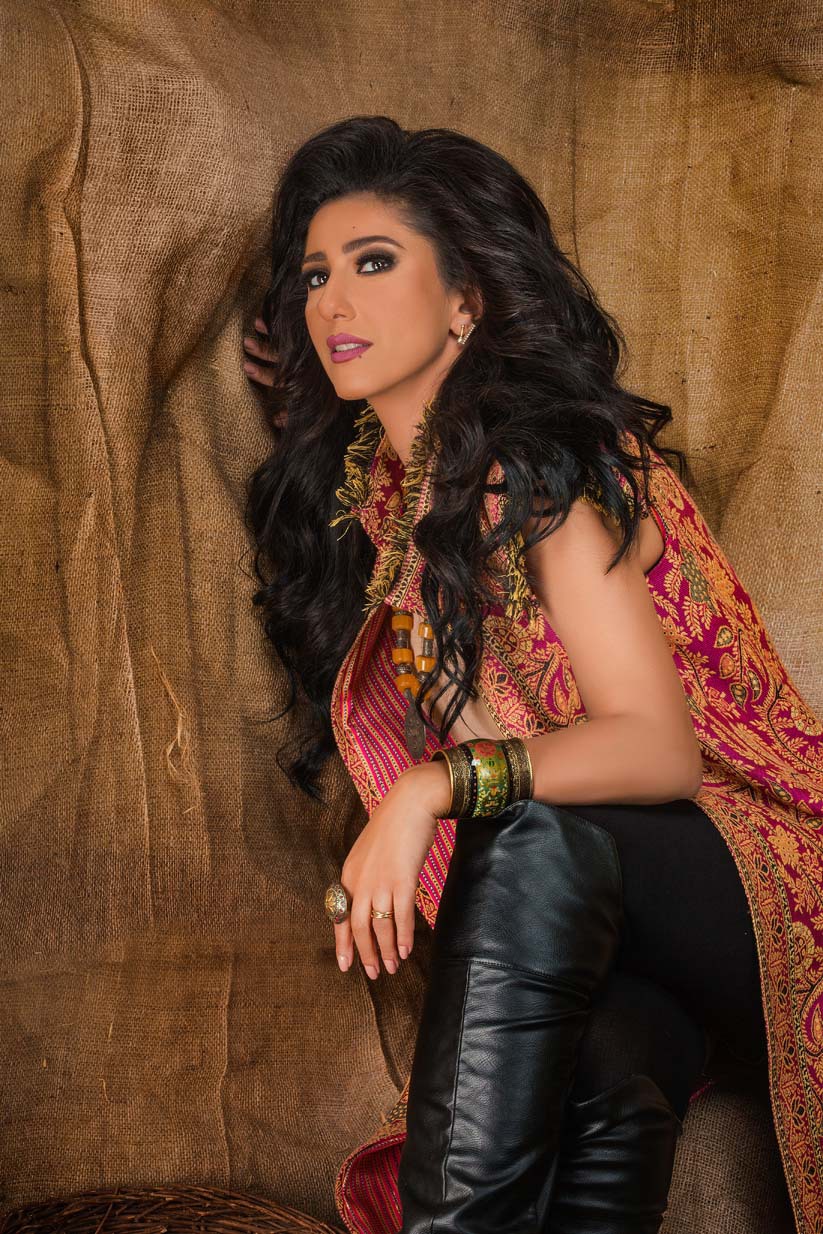 Why don’t you participate more often in theatre works?

Good theatre works are very few, and in general, performing in theatre is very difficult. In addition to the importance of choosing a very well-written script, it needs full devotion and great effort.

What is your position from the incident of Egyptian artist Mohamed Ramadan being spotted with Israeli artists?

I cannot judge what Mohamed Ramadan did because I do not know the circumstances of the incident, but I totally reject normalisation with Israel, as this is something in my blood.

Why haven’t we seen you in world cinema yet?

I received many offers. I wanted to read the entire script of the work before accepting it, but they only send my role, so I refused because I do not care about my role only, but I care about the whole work.

How do you rate your latest film Fragile?

Fragile was a good experience. The film participated in the 36th edition of the Alexandria International Film Festival for Mediterranean Countries. I was happy with its idea, the role I presented, and the audience’s reaction.

The cinematography and shooting techniques of the film were similar to European cinema, and I would love to have a movie like this in my career. The character of Nancy in the film had very few dialogues and this is one of the most difficult types of roles. It is easy for the actor to express feelings with words but to use only facial expressions and body language to deliver a message is a great challenge. I was nominated for best actress award in the Pan-African Film and Television Festival of Ouagadougou (FESPACO) in Burkina Faso. The selection panel for this award comprises 30 filmmakers and experts from 10 specialized technical and media colleges.